“I am bold enough to say that a man-made Moon voyage will never occur regardless of all scientific advances.”
— Lee De Forest, “the father of electronics”

“Drill for oil? You mean drill into the ground to try and find oil? You’re crazy.”
— Drillers who Edwin L. Drake tried to enlist to his project to drill for oil in 1859

“This ‘telephone’ has too many shortcomings to be seriously considered as a means of communication. The device is inherently of no value to us.”
–Western Union internal memo, 1876

“I think there is a world market for maybe five computers.” –
— Thomas Watson, chairman of IBM, 1943

“We don’t like their sound, and guitar music is on the way out.”
— Decca Recording Co. rejecting the Beatles, 1962

“You’ll never make it — four groups are out.”
— Anonymous record company executive to the Beatles, 1962

“Remote shopping, while entirely feasible, will flop – because women like to get out of the house, like to handle merchandise, like to be able to change their minds.”
–TIME, 1966, in one sentence writing off e-commerce long before anyone had ever heard of it.

“Sensible and responsible women do not want to vote.”
–Grover Cleveland, U.S. President, 1905.

“Ours has been the first [expedition], and doubtless to be the last, to visit this profitless locality.”
–Lt. Joseph Ives, after visiting the Grand Canyon in 1861.

“They couldn’t hit an elephant at this distance.” —
Last words of Gen. John Sedgwick, spoken as he looked out over the parapet at enemy lines during the Battle of Spotsylvania in 1864.

“Seizures are found in one in four persons with ASD, most often in those who have low IQ or are mute.”
—National Institute of Mental Health

At 4 years, 5 months, and 16 days old, my “nonverbal” child – diagnosed with severe autism, Landua-Kleffner syndrome, a seizure disorder, and a feeding disorder – clapped my hands together, looked me in the eye, and spoke one of the shortest and most wonderful words in the English language. 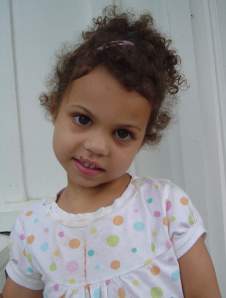 Lord, thank you. Nothing is too hard for you.